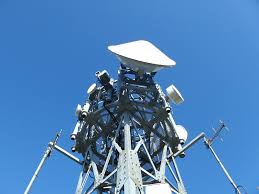 Do better times lie ahead for India's beleaguered operators? The last few months have seen an unprecedented infusion of more than $18 billion in funds into the sector. That sounds positive in a market beset by competitive and regulatory challenges, not to mention the COVID-19 pandemic.
The most prominent investment has come from social media giant Facebook, which bought a 10% stake in Reliance Jio for about $5.7 billion. US private equity major Silver Lake has also made a $747 million investment in Jio. (See Facebook places huge bet on India with $5.7B Jio stake and After Facebook, Silver Lake invests $747M in India's Jio.)

But Jio is not the only operator that has received funding. 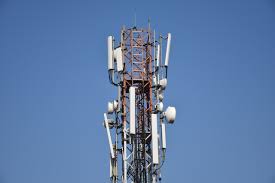 and they will be using these funds to pay that off. Airtel has already cleared some of the payments it owed the government under the much-contested Adjusted Gross Revenue (AGR) ruling. It has also just signed a $1 billion deal with Nokia for telecom gear. Jio, meanwhile, hopes to clear its debt of around INR400 billion ($5.2 billion) and be debt-free by March 2021. (See India's Airtel awards massive network deal to Nokia.)
Apart from this, state-owned BSNL and MTNL has received a revival package of INR700 billion ($9.2 billion) from the government, allowing it to offer a voluntary retirement scheme to its employees. It has recently come up with a $1.4 billion tender for 4G network rollout. (See India's BSNL comes up with a tender for 4G network.)
Earlier this year, Vodafone Group also injected about INR15.3 billion ($201.18 million) into its Indian joint venture, Vodafone Idea. The company, however, will need much more than this to survive in India.
In total, some $18 billion appears to have been invested in Indian operators in the last five or six months. The infusion should aid network expansion and modernization, cheering vendors in line to receive contracts from Indian companies.
On one level, the investment activity shows long-term confidence in the Indian telecom industry. That is significant because of falling profitability. Only one telco, Jio, is currently profitable.
Despite the difficulties that others are experiencing, investors still realize India shows considerable promise. Even as data consumption rises, and broadband usage grows, nearly half the population remains unconnected. There is a lot of room for growth.

Moreover, the importance of robust telecom infrastructure has increased during the coronavirus pandemic.

Communications networks have become the lifeline of national economies, e-learning and entertainment sectors. COVID-19 has also accelerated the digital transformation of the business sector, further driving up data consumption.
Several reports now suggest India could emerge from the pandemic more quickly than other countries. With the current anti-China sentiment, it might even become a manufacturing destination in future. For some investors, the long-term potential clearly outweighs the short-term pain. 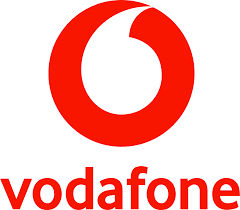 In addition to offering unlimited plans, telcos are now offering high-speed data vouchers to customers. A day after Airtel announced its ₹251 data add-on pack, Vodafone Idea has introduced a similar add-on. Reliance Jio has been offering these vouchers for a while now.

Advertisement
Airtel currently offers four data-on vouchers. Among them, the ₹401 plan from the company includes an annual subscription of Hotstar VIP worth ₹399 for free in addition to 3GB of data. It can be subscribed to only once per year.

The most affordable monthly plans from Jio, Airtel and Vodafone Idea
Jio vs Airtel: Best plans with 1.5GB data per day

BSNL Vs Reliance Jio Vs Airtel Yearly Prepaid Plans: Which One is best

BSNL Vs Reliance Jio Vs Airtel Yearly Prepaid Plans: Which One Should You Buy? BSNL recently announced a series of prepaid plans for its users including a yearly plan that is priced at Rs 2399. Interestingly, the Reliance Jio yearly plan offered by Jio also costs the same.
HIGHLIGHTS


The telecom giants Reliance Jio, Airtel and BSNL came up with new yearly prepaid plans for its users across India. Although the plans cost nearly the same, they vary in terms of data benefits and validity. The government-owned BSNL recently announced a series of prepaid plans for its users including a yearly plan that is priced at Rs 2399. Interestingly, the Reliance Jio yearly plan offered by Jio also costs the same whereas the Airtel plan costs slightly more than the other two plans.

So let's have a look at what the plans

After announcing Rs 699 and Rs 786 prepaid plans, BSNL came up with a long term plan costing 2399. The prepaid plan comes with a validity of 600 days, which is more than what the usual yearly plans offer. The Rs 2399 plan comes along with unlimited calling, 100 SMS per day, free BSNL Tunes for 60 days. However, what makes this plan a little less useful is that it doesn’t come with any data benefits. This plan is only good for people who use their phone for calling only.
The new plan by BSNL is available in all circles and there is a limit of 250 minutes per day, as per a Telecom Talk report. 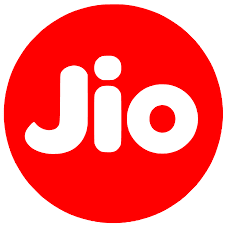 Airtel yearly plan also ships with a free subscription to ZEE5 Premium, Airtel Xstream, and Wynk Music.
IndiaToday.In has plenty of useful resources that can help you better understand the coronavirus pandemic and protect yourself. Read our comprehensive guide (with information on how the virus spreads, precautions and symptoms), watch an expert debunk myths, and access our dedicated coronavirus page. Get real-time alerts and all the news on your phone with the all-new India Today app. Download from Bharti Airtel and Dependence Jio have been ceaselessly turning out new plans that can help individuals who are in lockdown and subsequently, telecommuting. The telcos have in the ongoing past propelled information vouchers that help these individuals. Likewise Read - Dependence JioMart basic food item administration is presently Live; begins taking requests in 200 urban areas

For example, Dependence Jio even multiplied the information sum on its current vouchers at a similar cost. Presently Dependence Jio and Airtel are bringing another 4G information voucher into play, which will give clients 50GB information. Look at it. Additionally Read - Dependence Jio Stages: US value firm set to contribute $1.5 billion; Here is all that we know

The Dependence Jio Work From Home 4G Information Voucher will comprise of three new revive choices. The most costly of these is the Rs 251 voucher that offers 50GB information with no every day top. The voucher is appropriate for 30 days, and not until the legitimacy of your current arrangement. Likewise, note that the arrangement brings just information benefits and no additional advantages like extra Jio-to-Non-Jio calling minutes. Additionally Read - Dependence Jio versus Airtel versus Vodafone: Best 3GB every day information base arrangement

The two different plans come in at Rs 151 and Rs 201. The least expensive one at Rs 151 information plan accompanies 30GB information benefits. This additionally will keep going for a legitimacy of 30 days from the day of revive. The other voucher is the Rs 201 voucher which gives clients 40GB information for 30 days. 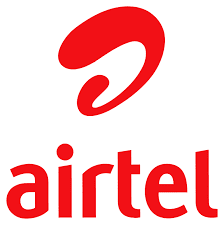 Much the same as Dependence Jio, Bharti Airtel has likewise been offering clients various revive alternatives during these extreme occasions. The telco as of late declared its Rs 251 4G Information Voucher worth 50GB information. The information has again no day by day top or cutoff. In any case, one additional advantage is that the legitimacy of this arrangement is equivalent to the legitimacy of the client's current arrangement.

Note that the Rs 251 information voucher


by Bharti Airtel is accessible for revive just by means of outsider energize entries. These incorporate Paytm, Google Pay, PhonePe, etc. Bharti Airtel has additionally changed a portion of the more seasoned 4G information vouchers. The Rs 98 voucher, which gave clients 6GB information for 28 days presently gives 12GB information to as long as your current arrangement endures.
Next Home
Subscribe to: Posts (Atom)